Jean Milvoit Sejour is the President of Angel’s Heartbeat Inc. He was born in Leogange, Haiti. He began his education by enrolling in the Electro Trade School in Port-au-Port, where he apprenticed to become an Electrician. From 1983 to 1985 Jean studied Accounting at Maurice Laroche in Port au Prince, Haiti. Since 1992 Jean Sejour become an Alumni at New Orleans Baptist Theological Seminary New Orleans, LA. In 2007, he earned his Associate Degree in Building Trade Technology from Montgomery College in Montgomery County, Maryland. Since 2001, Jean Sejour has worked for Coordinated Service Management as a Building Engineer. In 2018, Jean Sejour has been ordained as Pastoral Counselor at Living Word International Christian Church in Silver Spring, Maryland. From 2017 until now Jean Sejour is studying at National Christian Counselor Association (N.C.C.A) in Sarasota, Florida to become a licensed Pastoral Counselor. Jean and his wife Dulene reside in Silver Spring, Maryland, where they are actively involved in their church and coordinate annual mission trips. 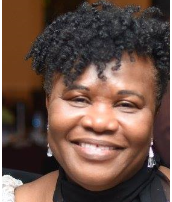 Dulene Fanfan Sejour is the Vice President of the board. She was born in Cap Haitian, Haiti. In 1997, Dulene entered Prince George’s Community College Nursing Program and has dedicated her working life to the nursing field since 1997. Dulene continues nursing, caring for her family, taking mission trips to Haiti, and blessing as many others as she is able. From 2017 until now Dulene with her husband is studying at National Christian Counselor Association (N.C.C.A) to become a licensed Pastoral Counselor. 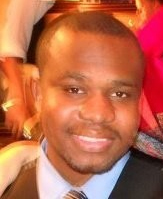 Jeffery Sejour is the Treasurer of the board. He was born in Miami, Florida. He is a Haitian-America that holds his bachelor’s from Frostburg State University with a concentration in Economic Development, minors in French and Geography, and a certificate in International Area Studies – Middle East and Africa. Also serving on the board of another nonprofit, where he holds the position of treasurer was well, International Action, who are involved in executing a clean water project that helps protect Haitians from waterborne illnesses. He is an integral link with procuring medication and other supplies for the mission team. Alongside his career as an accountant, Jeffery hopes to start his own community-led public health project and build an orphanage in Haiti.